If you happen to be using Crest toothpaste and have noticed small blue specks on your teeth or gums we can attribute this to a form of plastic used as an additive, thanks to our colleagues who have looked into this matter. Not all Crest toothpaste contains this additive, but many do and we will list those at the end of this post.

Dentists and hygienist have been increasingly noticing ‘blue specks’ that are embedded in our patient’s gums. Preliminary findings reveal that these blue bits are a form of plastic called polyethylene. This news is not really surprising, as this material has been used in many products such as body scrubs, shampoos, and other cleansing products.

The blue particles do not seem to be dissolving easily in saliva or at all for that matter, as our doctors and hygienist have noticed more patients presenting with undissolved blue specks around the gums and teeth. While we have not performed a research study we can say that our patients who have presented with this have all been using a Crest toothpaste. Some theories for the polyethylenes presence is for decorative purpose or as a cheap filler material.

As of this time, we do not know of any benefit or detriment due to polyethylene in toothpaste. We cannot recommend or discourage the use of dental products that contain polyethylene. Our goal is to spread this information so you can make an informed decision.

Crest Pro-Health For Me

What is oil pulling?

We have had a number of patients ask us about this recently, so here’s our two cents on this hot topic.

Oil pulling is when you take an oil such as sesame, coconut, olive or sunflower and swish it around your mouth for 20 minutes then spit it out. Those who do this have claimed to have fresher breath, whiter teeth, less cavities, and overall revitalized feeling. (Users have also reported curing of hangovers)

Now that we know what it is, what does the science say about oil pulling.

We were only able to find one specific study that many proponents on the web are citing. This study was completed by Asokan S et al (2009), in the Indian Journal of Dental Research. This study looked at 10 individuals who practiced oil pulling with sesame oil over the course of 10 days. At the end of the study those individuals had less plaque and decrease in the number of bacteria present in their mouths.

It is difficult to come to any definitive conclusions as to the efficacy of oil pulling based on a study of 10 individuals. A much larger study group would be needed for more accurate data. With that being said, oil pulling does reduce the amount of oral bacteria and at this time there is no literature reporting that the practice is harmful.

As for the claims of whiter teeth and the cure for hangovers, no evidence supports this. So if you have an extra 20 mintues oil pulling does seem to have some oral benefits. But if you don’t have the extra time we suggest using a well studied and proven mouth rinse such as cholorhexidine (which was the rinse used as the control in the above study) or Listerine which will get you the same if not better results for less than 1 minute a day.

Your mouth is connected to the rest of your body! Of course this is common sense but often we think of the health of our mouth and body separately. This type of thinking is changing as more research continues to surface highlighting the association of gum disease to other systemic problems such as heart disease, diabetes, and stroke risk.

While there are no specific studies indicating a direct cause and effect relationship of gum disease to heart disease, scientists believe that constant inflammation from gum disease is responsible for the increased association of heart disease.

The relationship of gum disease and diabetes is a two way street. People with diabetes are more likely to have gum disease due to a decrease in the body’s ability to fight infection. The science also indicates that gum disease may make regulating blood sugar more difficult in diabetics. For these reasons, it is especially important for diabetics to regulate their blood sugar and maintain excellent oral hygiene.

Periodontal disease is far more complicated than what we have discussed here. For instance genetics, smoking, and hormone levels all play varying roles in the disease. While there are multiple early indications, some things to look for are bleeding, swollen gums, and loose teeth. If the disease progression is evaluated early enough we can often provide the necessary treatment to halt the disease process. 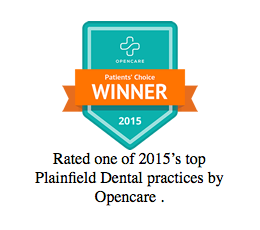